As Jack Mintz, a leading Canadian tax expert at the University of Calgary pointed out, these proposals will actually will redistribute income out of the hands of entrepreneurs like you at the expense of growth in the economy:

The Liberal government clearly has small business owners/entrepreneurs, like many of you at the Acheson Industrial Park, in its sights.

It continues to target what it says are “rich” Canadians, those who are taking risks by starting and running their own business, in favour of what it calls the “middle class”, who the Liberals portray as employees of the very companies it’s out to soak with new tax hikes.

Mintz predicts that these proposals will cost middle class business owners – you and me - more than $250 million in additional federal taxes and another $125 million in provincial taxes.

And, check this out – here’s an analysis of how entrepreneurs vs. employees end up faring after the proposed Morneau tax hikes: 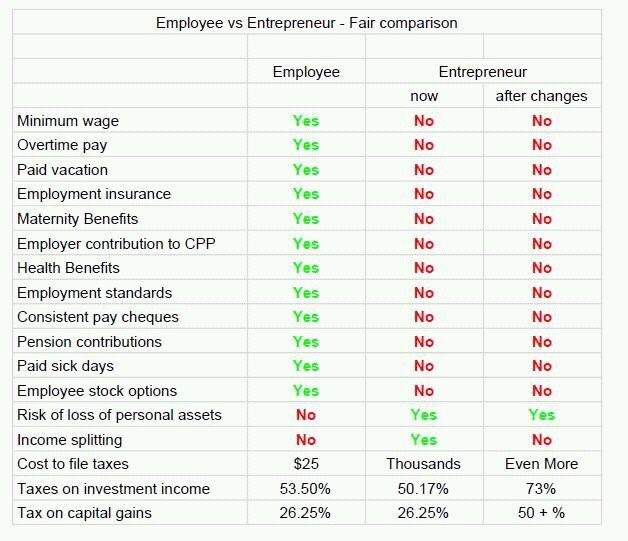 I’m a small business owner myself, with five employees in an incorporated company. We’re based in Spruce Grove, with office in Vancouver, Calgary, Toronto, Montreal and Geneva. We help finance Canada’s leading growth companies across Canada, both private and public, and have been doing so for the past 30 years.  One of our clients is ENTREC Corp., and Acheson Industrial Park member.

I’m running for the Conservative Party of Canada nomination in our riding because we need a Member of Parliament from within our ranks who has deep business experience, and who understands how these and other Liberal policies wreak havoc on our economy, shut down businesses, and cause lay-offs and decline.

John Stevens, ENTREC’s CEO, has endorsed my campaign. You can find out more details at www.rickpeterson.ca. I’d like your support as well.

You can take out a $15 Conservative Party membership through my website before September 18th and be eligible to vote for me in a nomination contest as your next Conservative candidate on October 13 and 14th. The vote will take place in Morinville on the 13th and in Spruce Grove on the 14th.

If I’m successful in that vote, I will be your candidate to be MP in a by-election that Trudeau must call before year-end to replace Rona Ambrose, who resigned last July.

More than ever, we need a Strong, Conservative voice in Ottawa to defend small business owners against the Trudeau tax hikes. I’d like to represent you as that voice. 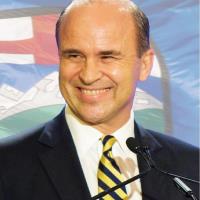